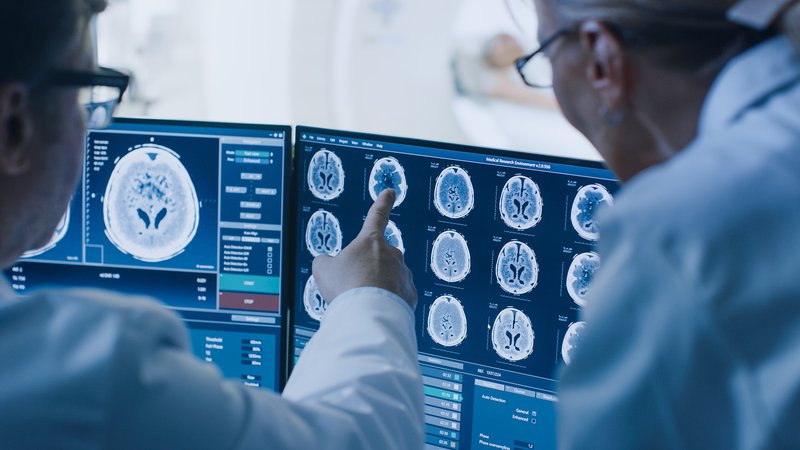 The BrainStorm study, sponsored by Institut Jules Bordet and the Oncodistinct network, will investigate CSF samples in the hope of identifying promising prognostic, predictive, monitoring biomarkers of brain metastases.

OncoDNA, a theranostic and genomic company specializing in precision medicine, and the Institut Jules Bordet, a hospital and research institute of excellence specializing in oncology, are pleased to announce their collaboration as part of an international, multicentre prospective interventional study aiming to better understand the biology of central nervous system (CNS) metastases. Sponsored by the Institut Jules Bordet within the Oncodistinct Network the BrainStorm study will enroll a total of 600 patients newly diagnosed with solid tumors in a dozen collaborating sites in France and Belgium and Luxembourg. The genomic and clinical data from the study will be used to build a large clinico pathological database for CNS metastases including circulating-tumor DNA (ctDNA) analyzes from cerebrospinal fluid (CSF) samples.

As part of the BrainStorm study, OncoDNA will detect ctDNA in CSF samples using large next-generation sequencing panels as well as targeted gene panels on a selection of patient-specific mutations. The genomic data will be made available on a secured data interpretation platform that will help the Institut Jules Bordet to explore CNS metastases, and their heterogeneity with the primary solid tumor. The findings promise to identify new biomarkers for CNS metastases management and improve patients’ outcome.

“We are delighted to collaborate once again with the Institut Jules Bordet to advance research in precision medicine. Back in 2013, we already understood the power of liquid biopsy and launched the first personalized liquid biopsy test based on the analysis of circulating tumor DNA in blood samples. Today we are specializing in personalized cerebrospinal fluid test on and hope to contribute to the promise of this alternative liquid biopsy for CNS malignancies”, commented Jean-Pol Detiffe, Chief Strategy & Innovation Officer and Founder of OncoDNA.

“The translational part of the Brainstorm program will evaluate among others the use of cerebrospinal fluid circulating tumor DNA (CSF-ctDNA) as a surrogate for CNS metastases in order to characterize its molecular landscape.  Collaboration with OncoDNA will be crucial for the translational part of this study, allowing to explore less invasive molecular biomarkers and new targets for therapy. Ultimately, these findings will be key to ground the development of innovative multidisciplinary clinical and translational research projects, aiming to improve patients’ outcomes in this huge unmet medical need situation”, added Dr. Nuria Kotecki, Study Chair of the BrainStorm program and Medical Oncologist at Institut Jules Bordet and Executive Officer for the Oncodistinct network.

With brain biopsy being an invasive approach that requires surgery, liquid biopsy has been investigated as a potential minimally invasive screening tool that could be used for diagnosis and monitoring purposes. CSF, more particularly, is in intimate contact with tumor cells of the CNS metastases. It has been shown that CSF cDNA better represents the brain metastases that plasma ctDNA than plasma, and therefore characterizes the genomic alterations of brain tumors more comprehensively.

OncoDNA is a genomic and theranostic company specializing in precision medicine for the treatment of cancer and genetic diseases. The company helps clinicians, academic researchers and biopharma companies to outsmart molecular complexity with the mission of delivering the promise of precision medicine. The company not only provides clinical guidance for the treatment and real-time monitoring of late stage cancer patients, but also supports research and drug development in cancer and genetic diseases. Since its early days in 2012, OncoDNA grew into a corporate group of companies with world-renown expertise. The Group offers a unique portfolio that combines NGS services, biomarker testing, data interpretation software, and clinical decision support tools. OncoDNA is headquartered in Belgium, and its entities – Biosequence and IntegraGen – are based in Spain, France and the United States. The Group employs over 100 employees across 9 countries, works with an international network of 35 distributors and collaborates with both European-based and US-based subcontracted accredited laboratories.

ABOUT THE JULES BORDET INSTITUTE

An integrated multidisciplinary centre, unique in Belgium, the Jules Bordet Institute is an autonomous hospital devoted exclusively to cancer.

For 80 years, the Jules Bordet Institute has been providing its patients with diagnostic and therapeutic strategies at the forefront of progress to prevent, detect and actively combat cancer. The Institute pursues three missions: care, research and teaching. Its international reputation attracts the world's leading cancer experts. Its spirit of innovation has enabled it to participate in the development and discovery of major new methods of diagnosis and treatment with the aim of bringing the findings to the patient as rapidly as possible.

In May 2018, the Jules Bordet Institute received official accreditation and designation from the OECI (Organisation of European Cancer Institutes) as a "Comprehensive Cancer Centre", a quality label reserved for multidisciplinary cancer care institutions whose activities include research and teaching. The only Comprehensive Cancer Center accredited by the OECI in Belgium.

The Jules Bordet Institute is a member of the Iris and Université Libre de Bruxelles hospital networks. With its 160 beds dedicated exclusively to cancer patients, every year the Institute treats more than 6,000 in-patients., 15,000 out-patients and provides 84,000 consultations. To effectively meet future demographic and scientific developments, a new Bordet Insitute is being built on the ULB Anderlecht campus, next to the Erasmus Hospital. Inauguration is scheduled for the end of 2021.